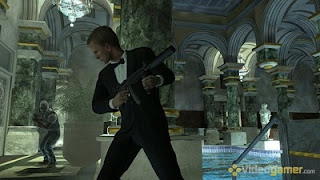 Certainly worth picking up at a bargain price if you've reasonably good spec graphics card and like First Person Shooters, but I felt this could've been any game, rather than really feeling like a 'Bond simulator'.
Posted by Is that all there is? at 03:01